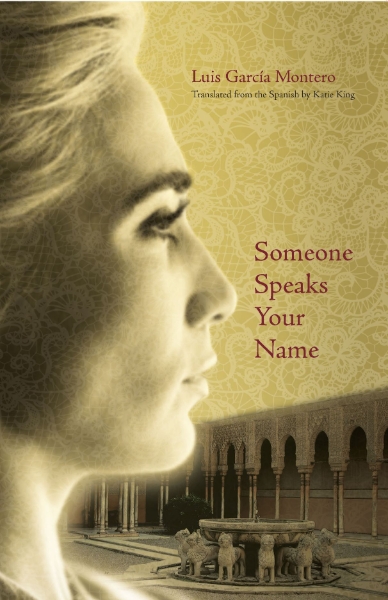 A lyrical novel following an idealistic student who explores the power of literature in Franco’s Spain.

It’s the summer of 1963 and León Egea, a cocky nineteen-year-old student and aspiring author, has just finished his first year studying literature at the University of Granada and is starting a summer job as an encyclopedia salesman. León, infuriated by the injustices in Spanish society under the Franco dictatorship, comes to find that literature can speak the truth when the reality is clouded.

In this coming-of-age novel by renowned Spanish writer Luis García Montero, León discovers that, under the repressive Franco dictatorship, people, places, and events are not always what they seem. But literature, words, and names open paths to discovery, both personal and political. Through lyrical fast-paced narrative, Someone Speaks Your Name explores literature as a foundation for understanding human relationships, national character, discrete differences between right and wrong, and for pursuing the path forward. As León’s professor tells him: “Learning to write is learning to see.”