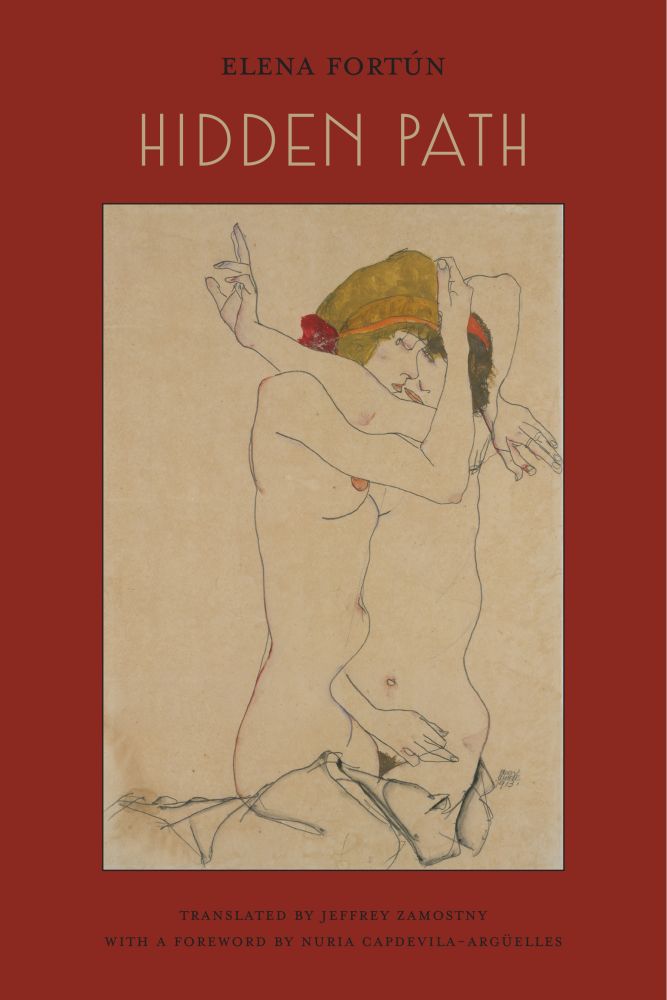 Set in early twentieth-century Spain, Hidden Path is a lyrical coming-of-age novel told from the perspective of a woman painter who struggles to find her way with art and with the women she loved. The novel is narrated in the first-person, following María Luisa as she reflects on her life from the turn of the twentieth century through the outset of the Second Spanish Republic (1931-1939). She recalls growing from an imaginative tomboy into a docile wife and mother before claiming her independence as a portrait painter in Madrid’s bohemian and queer circles. Along the way, she introduces us to a lively cast of characters who both hinder and encourage her efforts to blaze her own path. The poetic and sensuous language of María Luisa’s private reveries comingles with agile dialogue as the protagonist leads us through her life.

Best known in Spain as a writer of children’s literature, Elena Fortún left this manuscript unpublished at the time of her death in 1952, as its semi-autobiographical content risked provoking homophobic backlash under the dictatorship of Francisco Franco. The first Spanish edition appeared in 2016 and was hailed as Fortún’s adult masterpiece, a previously unknown complement to her children’s saga Celia and Her World. This edition, with Jeffrey Zamostny’s sensitive and nuanced translation, marks the novel’s first time appearing in any language aside from Spanish; it is also the first of Fortún’s works to appear in English. With an insightful foreword by scholar Nuria Capdevila-Argüelles, this volume will be an influential contribution to women’s studies, LGBT histories, and Spanish literature and culture.

mPalermu, Dancers, and Other Plays
The School of Solitude: Collected Poems