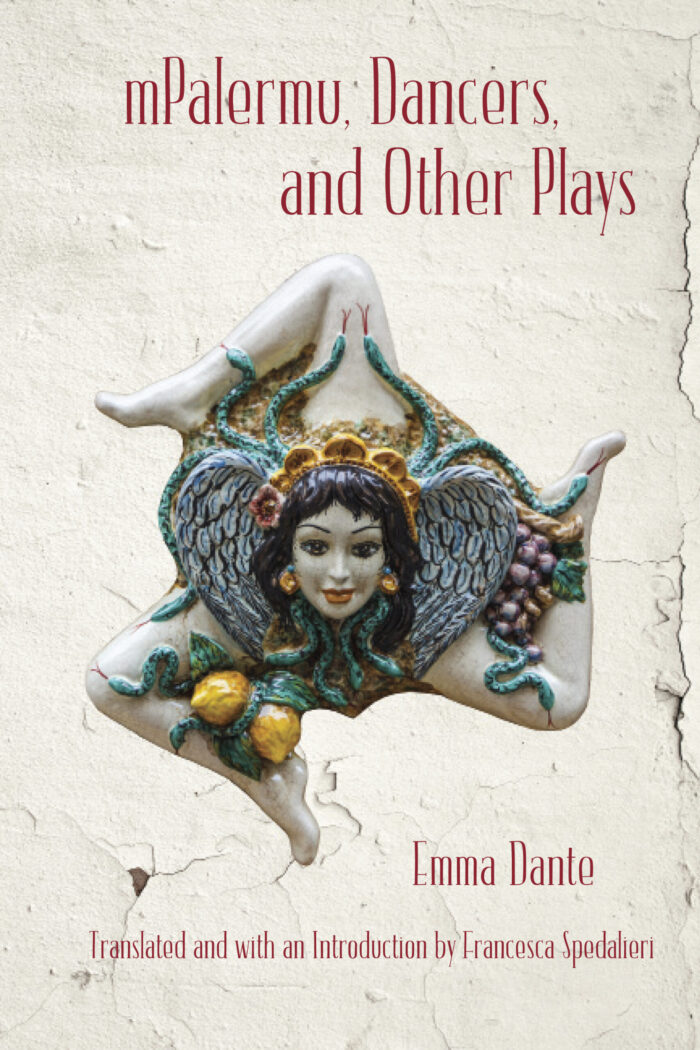 Emma Dante’s passionate and brutal plays stem from a need to confront important familial and societal realities in contemporary southern Italy. Her twenty-first century tales challenge stereotypes of the country and stage acts of resistance against the social, political, and economic conditions of Sicily. The seven works in this anthology paint a complex image of the peninsula through stories of disenfranchisement, misogyny, deep-set bigotry, and religious hypocrisy that reveal economic disparities between the north and south of the country, oppressive gender relations, and deep rooted mafioso-like attitudes. Dante’s lyrical and visceral storytelling oscillates between the humorous and the tragic aspects of everyday life, undertaking an irreverent subversion of the status quo with its extreme physicality and unsettling imagery.

This exquisite first English translation of Emma Dante’s work enables English-speaking readers, theatre scholars, and directors alike to encounter character-driven “civic theatre” with its portraits of individuals existing at the fringes of Italy. Ultimately, it allows us to “listen” to those who are not given a voice anywhere else.