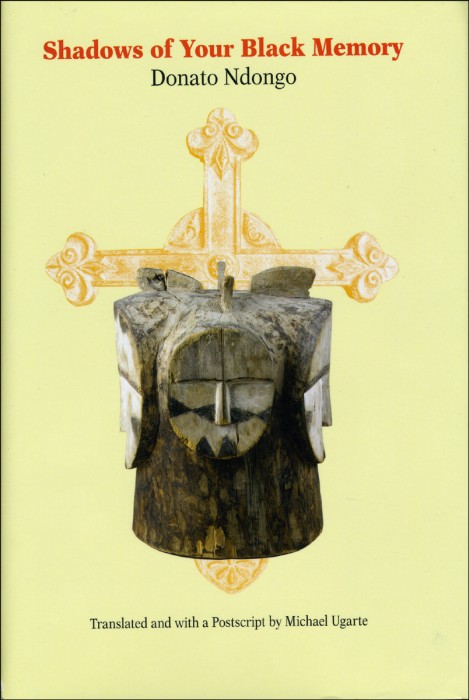 Set during the last years of Spanish rule in Equatorial Guinea, Shadows of Your Black Memory presents the voice of a young African man reflecting on his childhood. Through the idealistic eyes of the nameless protagonist, Donato Ndongo portrays the cultural conflicts between Africa and Spain, ancestral worship competing with Catholicism, and tradition giving way to modernity. The backdrop of a nation moving toward a troubled independence parallels the young man’s internal struggle to define his own identity.

Now in paperback, Shadows of Your Black Memory masterfully exposes the cultural fissures of Ndongo’s native land. “Spanish Guinea” is a heated, sensual landscape with exotic animals and trees, ancient rituals, ghosts, saints, and sinners. We come to know the narrator’s extended family, the people of his village, merchants, sorcerers, and Catholic priests; we see them critically at times, even humorously, yet always with compassion and a magical dignity. Michael Ugarte’s sensitive translation captures the spirit of the original Spanish prose and makes Ndongo’s powerful, gripping tale available to English-speaking readers for the first time.